About The Lumin Prophecies

The Lumin Prophecies is a new fantasy trilogy geared towards young-adult readers.  The series follows a young man named Noir who gets pulled into a new world with his cousin Aimee, and his uncle Steven.  Once in the new world, the three get separated.  Noir finds he can use seemingly magical powers called lux and starts on an adventure to try to find his cousin and uncle and find how to get home. 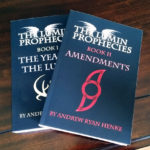 While The Lumin Prophecies was inspired by fantasy greats, it strives to break many cliche’s of the genre.  For example, there is no big, obvious villain, and the Lumin and the prophecies are not what you’d expect.  You can look forward to unexpected, unique twists and revelations as you read the trilogy.  Once you think you’ve figured out what is going on, a new twist is thrown your way as to the nature of events happening around Noir and the entire world.

Much like The Hobbit or The Hunger Games, The Lumin Prophecies was written to be an adventure story for young-adults.  However, it is certainly a complex enough, mature enough, and interesting enough story for any adult.  If you enjoy fantasy books, this series will not disappoint. 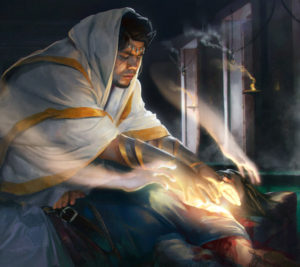 There are three powers in the world of The Lumin Prophecies called vigors.  The three powers are called lux, din, and sye.  These three powers are related to each other, but unique in what they each can do.  Each is naturally strong against one other vigor, and naturally weak against the other.  All three use a life energy called chakra.  The more a vigor user uses his/her powers, the more their chakra is drained.  If a person drains their chakra too severely, he/she can pass out.  After extensive use of ones’ chakra, he/she usually must rest to regain the expelled chakra.  Like a muscle, the more a vigor user exercises his/her vigor, the more chakra they gain.  No one person is said to ever be born being able to use more than one vigor except for the prophesized Lumin who can supposedly use all three. 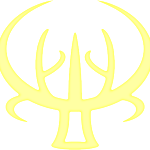 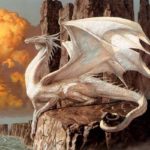 Lux is the healing and protective vigor.  The power of lux is said to come from the core of ones body, where a person’s true, inner self lies.  A lux user is called a Luxin.  The dragon that brought lux to the world is Fafnir, a white and yellow female dragon.  Lux users are said to be able to solidify air, create shields of light, create light, and heal a body’s injuries.  Lux can also be used in offensive capacities, though the other two vigors are much more efficient at this.  Lux is very useful in stopping din attacks, but is easily beaten by a Syeter. 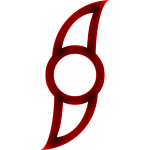 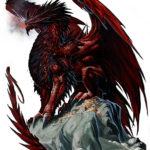 Din is the destructive vigor.  The power of din is said to come from the hands, where a person’s will is able to be carried out.  A din user is called a Din Mage.  The dragon that brought din to the world is Nidhoggr, a stocky black and red male dragon.  Din Mages are said to be able to control fire, ice, and the ground.  They can make fireballs to hurl at their foes, freeze water, create spears of ice to fling, and control the earth beneath their enemy’s feet.  Din is very destructive and therefore are very sought after for battles.  Din is quick and effective at dispatching a Syeter, but is easily countered by a Luxin 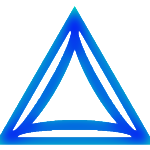 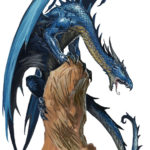 Sye is the mental vigor.  The power of sye is said to come from the mind, where all thought, intelligence, and one’s sense of self reside.  A sye user is called a Syeter.  The dragon that brough sye to the world is Jotunar, a slender blue and green male dragon.  Syeters are said to be able to control other individuals’ minds, read their thoughts and memories, and use telekinesis to move objects.  Most Syeters reside in the Azurite Tower and are constantly linked to on another using sye.  Sye can easily control and manipulate a Luxin, but is too slow to be effective against a Din Mage.

The world of The Lumin Prophecies is diverse, unique, and dynamic.  Two main kingdoms are at war with one another, constantly having skirmished along their shared border.

Both kingdoms have their share of problems.  Chiron taxes its people heavily and keeps prisoners of war as slaves.  While the citizens of Chiron are free and are not under direct oppression like the Tierians, there is much poverty and hunger.  Tier oppresses its people with a strong military and powerful Din Slaves.  Despite the oppression, Tier is an economic powerhouse.

Chiron has vast plains in its northeast and southeast territories, forests in its east, mountains to the north, and desert-like areas in its west and around its capital.  Tier is mountainous in its far north and far south.  Tier has the massive Coda River running through it and is swampy towards the middle and south.

In the middle of this war lies one truly free town called Talik.  Its small population have remained hidden for over a decade and are governed by a former Chrion general named Grandel.  It is said that the dragon of lux Fafnir backs Talik, but that is only rumor.

Theme by Anders Noren — Up ↑